Control cabinets are important for the trouble-free operation of machinery, equipment and building systems. They must accommodate as many components as possible in a compact space. WAGO's TOPJOB® S Rail-Mount Terminal Blocks have a long-standing reputation for ensuring safe and maintenance-free system operation in a wide variety of industrial applications and building installations. 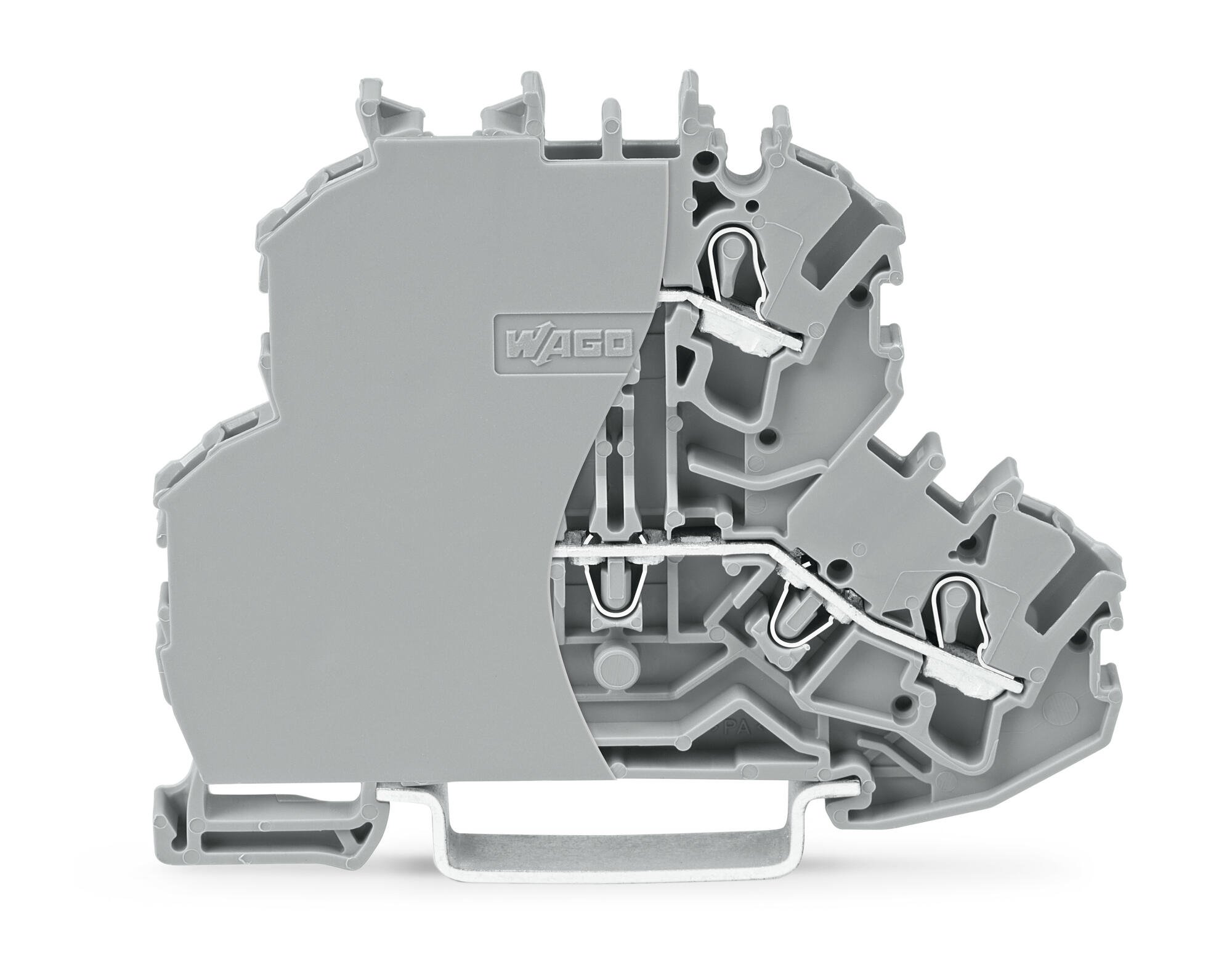 Furthering this legacy, are new TOPJOB® S Double-Deck Terminal Blocks with vertical conductor entries (15°) that are easy to use – especially in tight spaces. The blocks are perfect for space-limited applications in junction boxes or next to high cable ducts thanks to conductor entries and operating slots that facilitate conductor termination from the top. Usability also drove the design of WAGO’s new TOPJOB® S Double-Deck Terminal Blocks. Included is the simple spring pressure connection technology that offers important advantages during wiring, requiring only a few motions. Depending on the conductor type, conductors can be simply pushed into the unit via push-in connection technology.

Furthermore, the new TOPJOB® S Double-Deck Terminal Blocks are exceptionally slim (5.2 mm/0.205 inches), allowing many blocks to be accommodated on DIN-rail. A significant advantage of these new double-deck terminal blocks is that twice as many clamping points can be connected in the same terminal block width. Users also benefit from a dual jumper slot on both decks, enabling various commoning options. Vertical jumpers allow potentials to be multiplied over both decks. The laterally angled marker slot (10°) enhances readability from above.

The TOPJOB® S Double-Deck Terminal Blocks with vertical conductor entries are designed for conductors ranging from 0.25 to 4 mm2 (22–12 AWG) and a nominal current of 24 A. The maximum current at 4 mm² (12 AWG) is 28 A. As with all TOPJOB® S models, a wide range of accessories can be used for the new double-deck terminal blocks – from jumpers to labeling material. WAGO Product Consulting:
We will gladly answer your questions. The standard for greater safety and lower costs: Since 1951, WAGO has offered spring pressure connection technology – a maintenance-free connection system that covers every need. A streamlined overview with less maintenance: The right marking pays off in the long run. WAGO offers a multitude of marking solutions for your tasks.

The standard for greater safety and lower costs: Since 1951, WAGO has offered a maintenance-free connection system for every need: spring pressure connection technology.

A streamlined overview with less maintenance: The right marking pays off in the long run. WAGO offers a multitude of marking solutions for your tasks.